Kemal Dinç and the elixir of beauty

Kemal Dinç's works are a perfect symbiosis between an archaic and a contemporary visual language, between the taste for play and for ritual, between repetitive harmonies and cadences and accidental elements, between symmetry and chaos, between a naive view of the world and a rationalized one. It makes an art of complementarities and connection, an art which is itself a bridge between different ways of living and understanding existence, between disjointed visions and paradigms. It creates the synthesis, the organic connection between natural forms and manifestations, which are ineffable and irrational, but harmonious (fact captured in the abstract dimension of painting, in which the balance and finesse of color games invoke the splendor of natural creations) and the articulate languages which are related to human interpretation. The part of the nature in the works is invaded by miniature representations that capture the clumsiness, but also the rigor of human thinking and understanding. The aesthetic code of Kemal Dinç's painting designates the expansion of interpretation into reality. This odyssey of languages and representations is revealed in visual terms that suggest a route crossing the times. 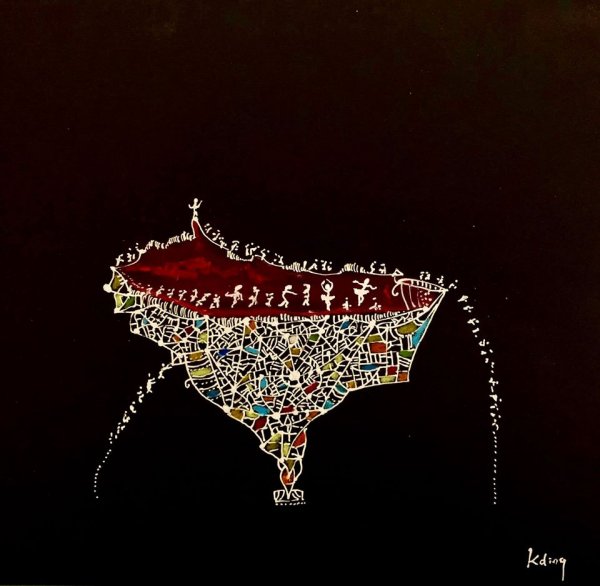 The lines with archaic roots in the works, which are to be found in the miniature structures, suggest hieroglyphs. However, they are related to signs of contemporary codes, to ideograms from various traditional cultures, to different alphabets, but also to ways of writing music.

Kemal Dinç also transposes and translates sound forms into images. Even the suggestions induced by the semi-figurative structures subtly invoke the outline of some instruments. There is no coincidence, being given that the artist is a famous musician, master of bağlama, composer, conductor and initiated in traditional performances. 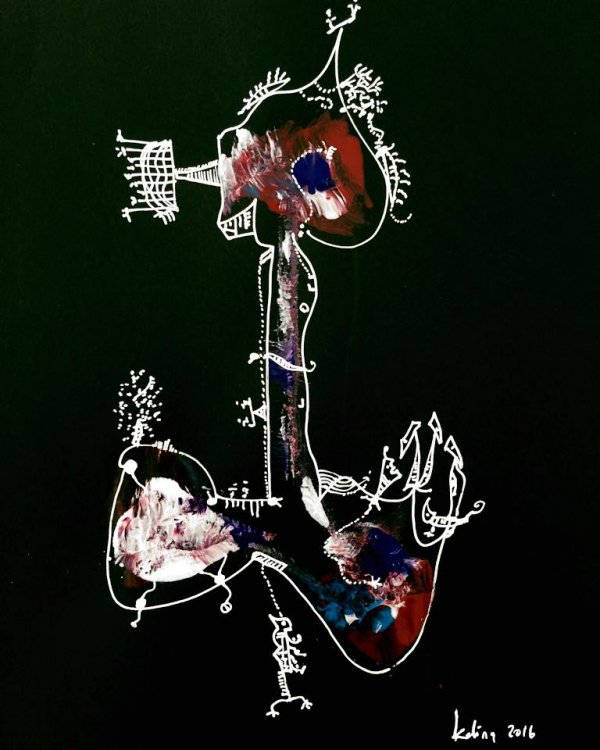 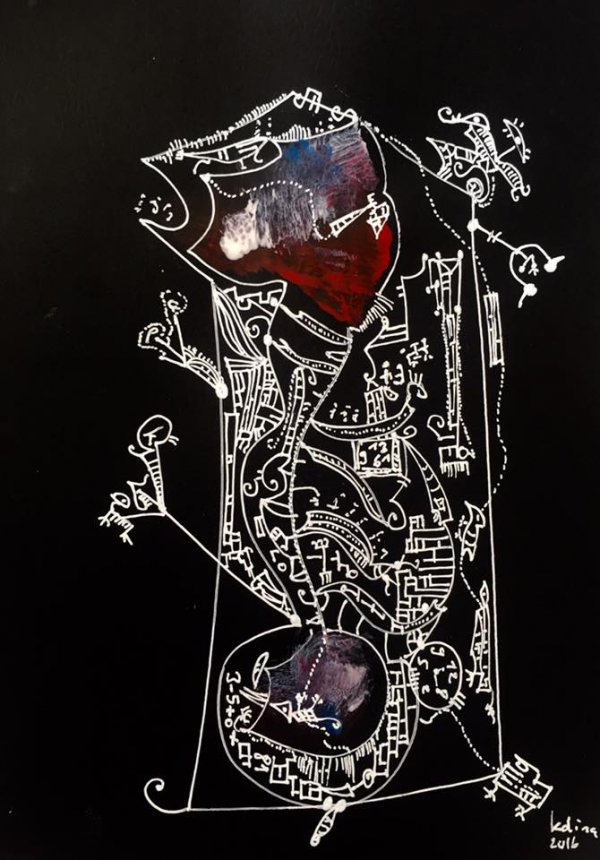 In both languages, Kemal Dinç pours similar tensions and modulations of feeling, in an analogue dosage and vibrato. His style and aesthetic breath are defined by three qualities: finesse, subtlety and nuance, which are also present in his musical creations and performances. A sensitivity focused on discreet impressions, feelings and suggestions, a special taste for delicate shapes and harmony recommend him as an indisputable beauty-addict. His music, which symbiotically combines archaic and contemporary shapes, as well as painting, speak of a cult of beauty that wants to be preserved, saved from destruction. His art, this bridge between the worlds, is one based on reconstructions and recoveries, it absorbs the sap of beauty from multiple languages and processes them in a hybrid composition. It is an art of intertwining and harmonizing languages, experiences, feelings, respectively reasoning of several eras. The style reveals a mixture of humor and nostalgia. Over the coast of the colorful abstract hills that could be as well the tail of a piano or the back of a violin, dinosaurs circulate, flowers grow, cherries fall... 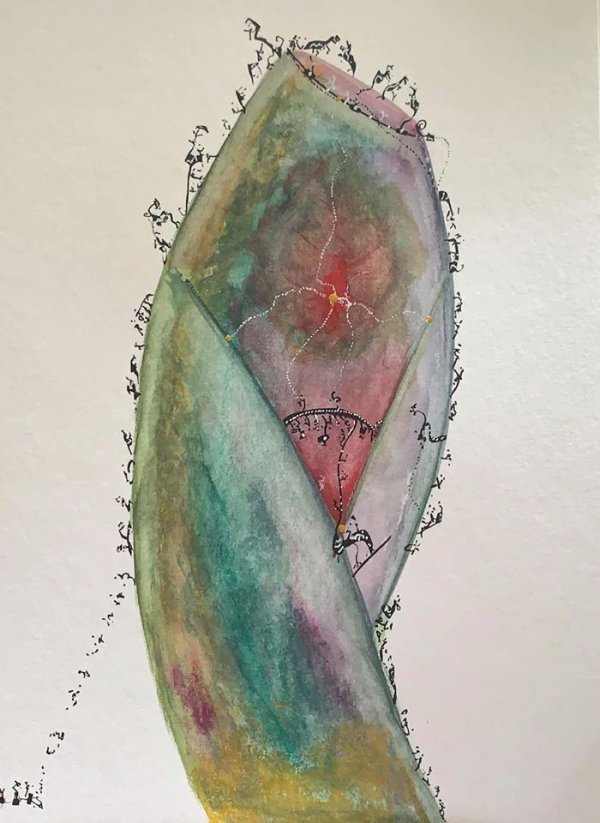 The creations recommend the artist as a master of fine adjustments of state, color, shape. The contrasts in his visual and musical compositions are gentle, never dramatic, precisely because he seeks complementarities and not contradiction or conflict between forms, he unveils the subtle and barely perceptible gears that unify things, the sensitive ligaments between them that make them resonate, in spite of discrepancies. He finds subtle harmonies between forms: the areas of affinity. His aesthetics reveal a solar and sympathetic artistic profile. He doesn't expose any stridencies, severe or morbid tensions, nothing eccentric, except humor, maybe. 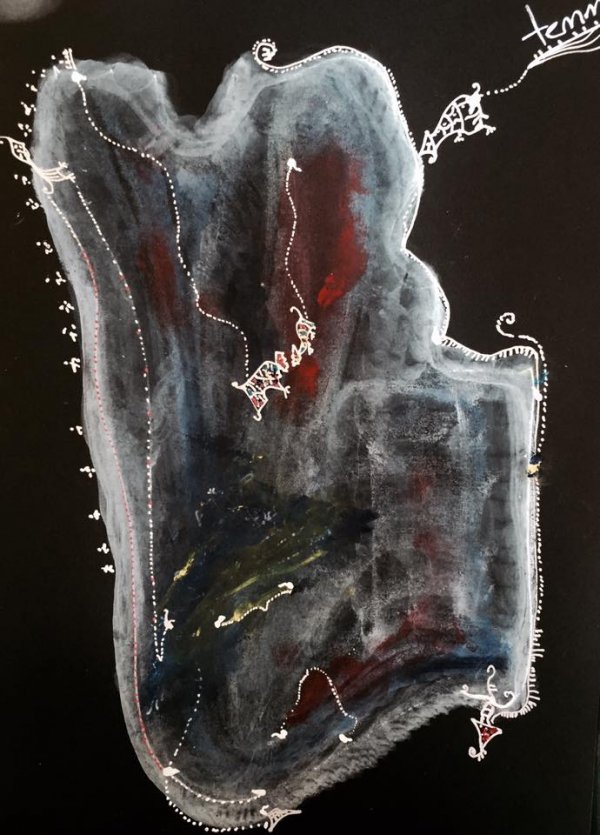 The artworks, like the musical ones, talk about an uninterrupted journey of human experience and feeling through the centuries, about initiatory paths, about illusions and awakenings and especially about a persistent search for an essence of beauty that gives weight and stake to the lived things, lost, found back, regained and lost again. This elixir of beauty makes everything more bearable, once captured in the archives of the soul, even the disappearance of love or the death. 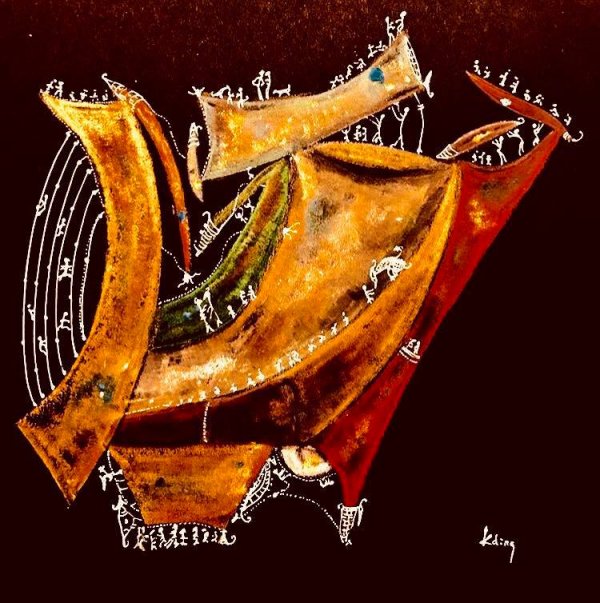 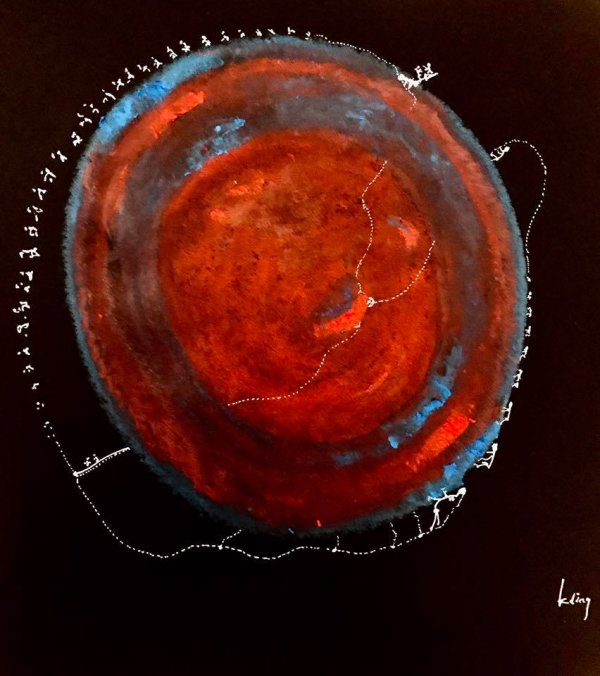 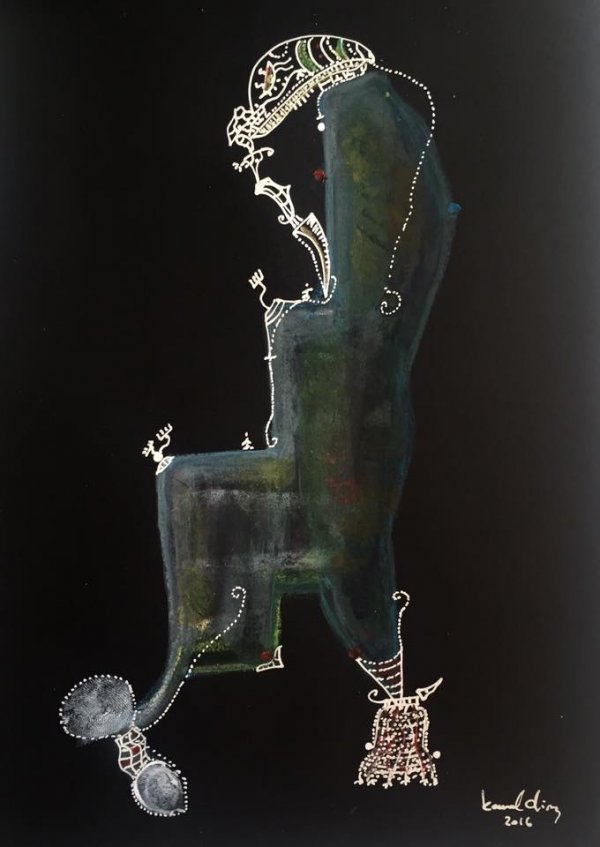